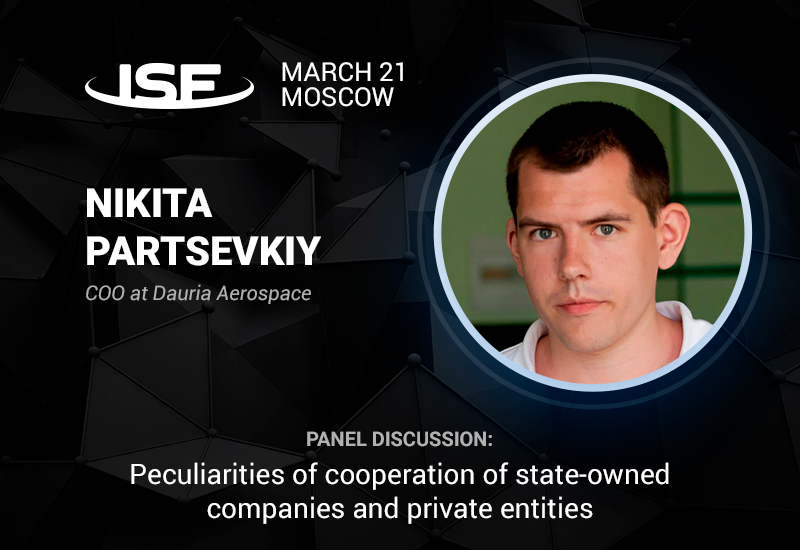 In Russia, only a few companies are building business on the development of ‘private space’. One of them is Dauria Aerospace, which has already put into orbit three of its satellites. The company’s portfolio includes orders worth up to $200 million. One of its clients is the state space behemoth Roskosmos.

COO of Dauria Aerospace Nikita Partsevskiy will take part in the panel discussion ‘Peculiarities of cooperation of state-owned companies and private entities’.

He is involved in the space industry for 8 years old. Before joining Dauria Aerospace he worked in the NGO named after S.A. Lavochkin, developing software for Spectr-R, ‘Fobos-Grunt’, ‘Luna-25’.

In 2012, Nikita Partsevskiy joined Dauria Aerospace, based in Skolkovo. The company creates small spacecraft and sells parts for them; it is one of the first Russian private companies that managed to launch private satellites into Earth’s orbit.

In 2013, Dauria Aerospace attracted $20 million from the I2bf venture fund. And in 2014, the company became the owner of a grant from the Skolkovo Foundation (co-financing) in the amount of 150 million rubles for the development of the Auriga satellite.

Dauria Aerospace sold two of its satellites to Aquila Space from the United States in late 2015, thereby receiving the first revenue from its activities.