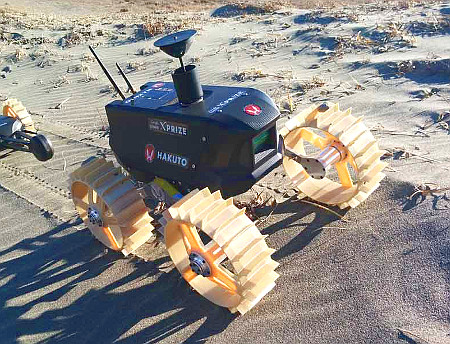 Japan to build its own lunar rover

In 2017, Japanese scientists plan to launch self-propelled vehicle to the Moon. The new development will be used for mineral exploration on the Earth's natural satellite.

The concept idea belongs to the Japanese company HAKUTO, which has signed a cooperation agreement with National Aerospace Agency JAXA, and has already begun to develop lunar rover. According to the document, both companies will jointly assess the future prospects of the self-propelled vehicle.

The issue of mineral reserves on space objects becomes increasingly topical in the US and European countries. The United States even adopted a special law on this subject.

Japanese group HAKUTO is ready to create and launch the rover in the coming year. Its mission is to collect primary information about available resources and potential methods for their extraction.

According to Zhou Jianping, chief engineer of China's manned space program, China is also able to make a landing on the surface of the Earth's satellite, but doesn’t plan it yet. The expert believes that such a program needs a stronger launch vehicle, as well as larger and more advanced spaceship.