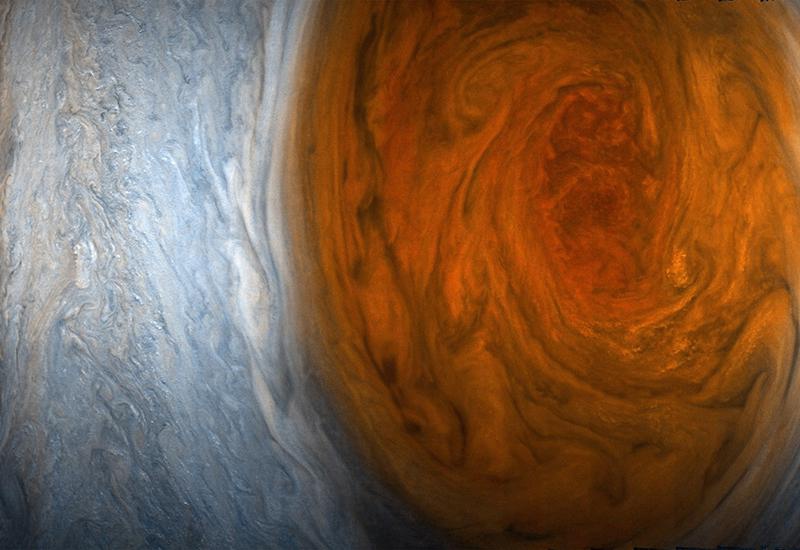 The image shows a tangle of dark clouds which are coming through a massive crimson ellipse. As planned previously, Juno team released photos so that amateur scientists could improve the quality of images and provide a higher level of specification.

It is thought that the giant atmosphere whirlwind has existed for over 350 years. Juno probe approached it on July 10 and started collecting data with the help of a camera and eight scientific instruments.

Scientists will have to study the information very thoroughly to understand how the great red spot occurred, its internal processes and what result it will have in the future.

“Now we have the best pictures ever of this iconic storm. It will take us some time to analyze all the data from not only JunoCam, but Juno's eight science instruments, to shed some new light on the past, present and future of the Great Red Spot,” said Scott Bolton, Juno principal investigator. 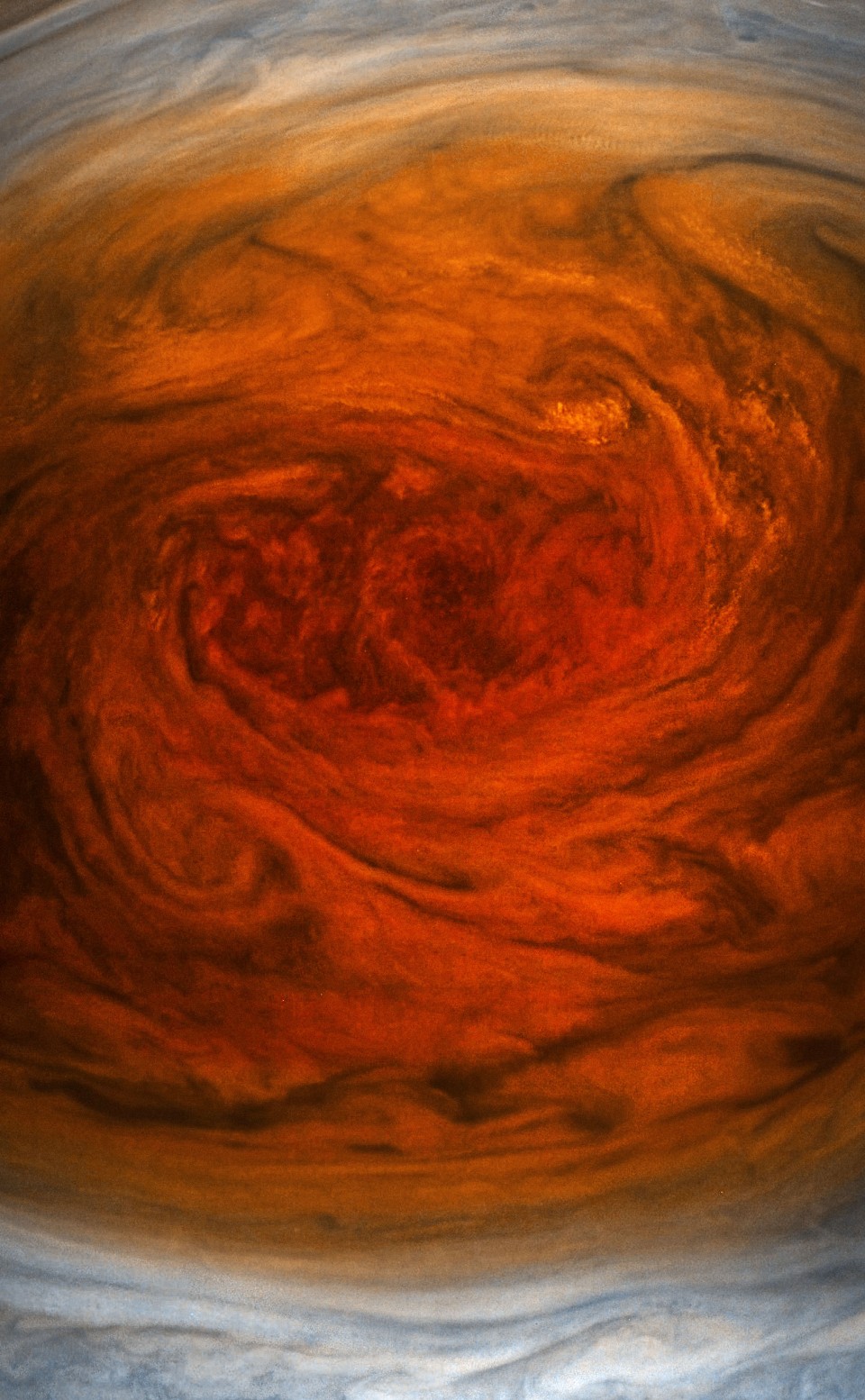 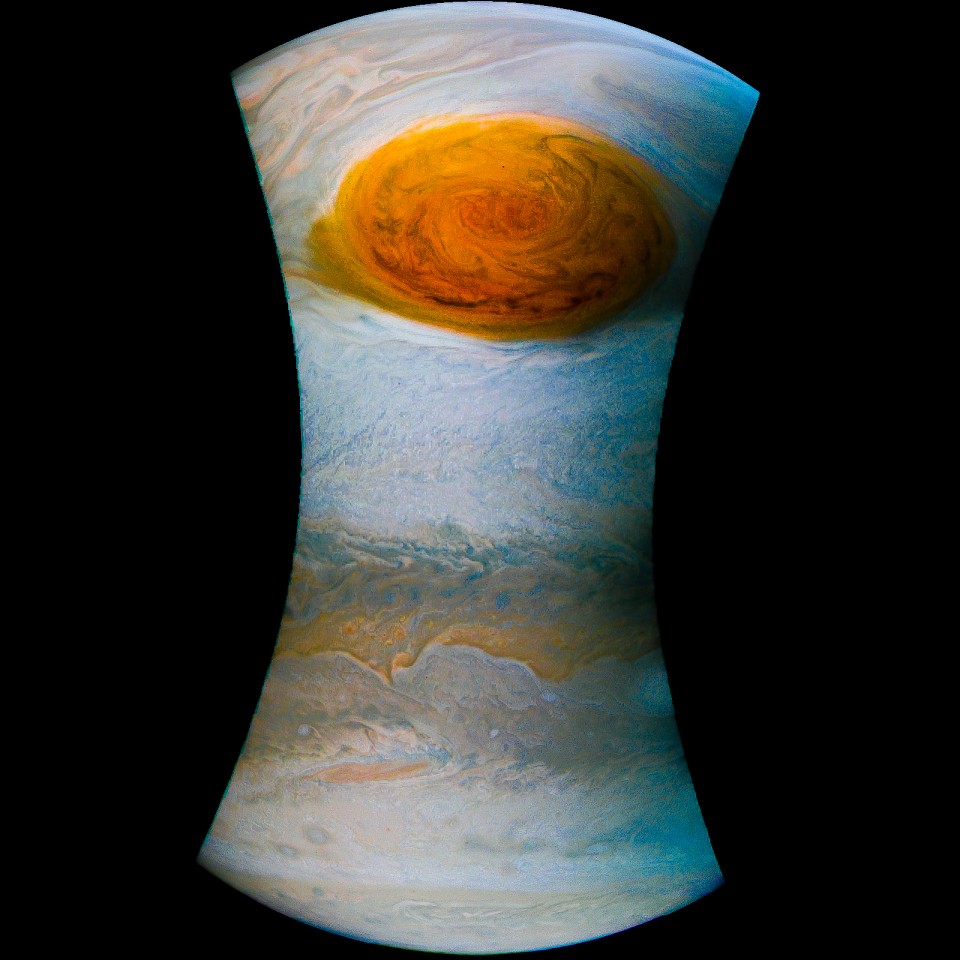