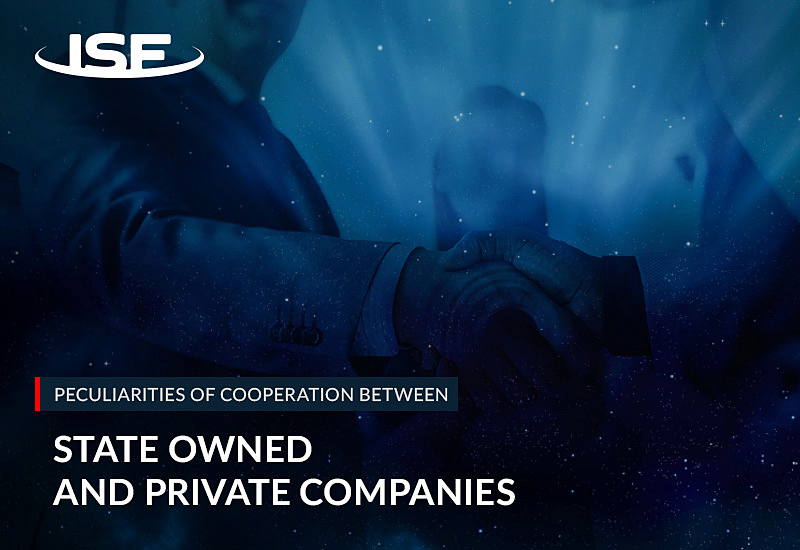 The difference between state owned and private institutions is evident in almost everything: management system, financing organization, development strategy, tasks to be accomplished. But at the same time, they share one goal – helping space industry develop, which can be achieved through joining efforts.

In Russia, the state space sector is represented by a company with rich history – Roscosmos. The company as we know it today was formed in August 2015. Russia needed the appearance of such a structure to carry out a comprehensive reform of the entire space-rocket industry.

Mostly, Roscosmos is engaged in implementing government policy in the space industry, as well as its legislative regulation. Within its framework, the corporation takes orders for designing, manufacturing and delivering space infrastructure objects and equipment.

In addition, Roscosmos is practically the face of Russia on the international space industry arena, since the corporation represents the interests of its country and is also responsible for cooperation and attracting the interest of foreign partners.

There are way more private space companies in Russia. As a rule, they represent a certain direction in the cosmonautics market: choose something concrete, practical and easier. Here are a few examples of major players in the market.

The Galaktika company is doing scientific research on the ISS, satellite and rocket construction, as well as developments in advanced technologies.

Dauria Aerospace manufactures innovative small spacecraft and equipment for it (maintenance systems, sensors) based on industrial electronics. In the production process, all mechanisms are tested on the subject of suitability for operation in space conditions.

One of the striking examples was the interaction between Roscosmos and 3D Bioprinting Solutions laboratory, which develops bioprinters and technologies in the field of biofabrication. Last year, they organized a competition to create an experimental space 3D bioprinter, which, under an agreement with the state owned corporation, will go to the ISS for 3D printing live tissues under microgravity conditions.

Another example is the order of Roscosmos to the Kosmokurs company on creating a reusable tourist spacecraft. According to the director general of the performer Pavel Pushkin, the project already has several dozens of millions of rubles invested in it and the first flight is scheduled for 2023-2025.

In order to reach consensus, public and private companies go through a lengthy phase of negotiations. What nuances come up in this process? How do both sides look at the same project? All these moments are seldom sowed uncut but at the same time, an honest dialogue is needed to solve the problems.

On March 21, within the framework of the third business forum on cosmonautics – InSpace Forum 2018, a panel discussion on "Peculiarities of state owned and private companies cooperation in space industry" will be held. It will serve as a communication platform for both sides. The leaders and deputies of the mentioned companies will make presentations there, including Aliya Prokofieva, Sergei Sopov, Nikita Partsevskiy, Dmitriy Pakhomov, Yousef Hesuani, Pavel Pushkin.

Become a listener of the discussion ►►►