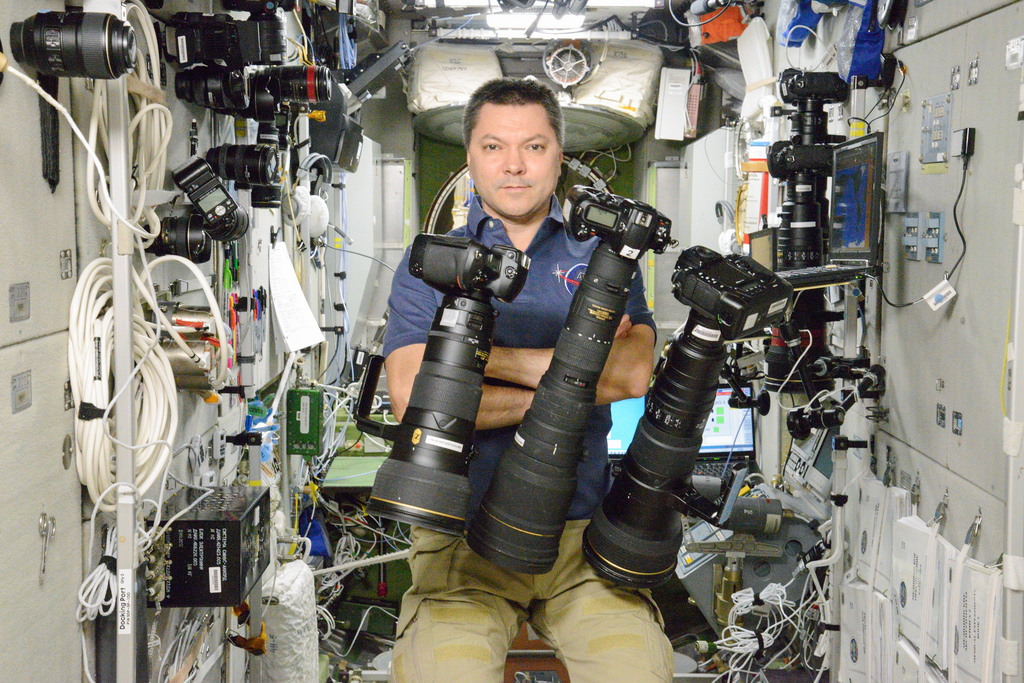 On February 22, a Progress MS-05 cargo ship has headed for the ISS carrying an innovative Orlan ISS spacesuit equipped with a climate control system and a video camera for shooting spherical video. Only the best gadgets of the last generation are used on the ISS. More details in our review.

Four professional Nikon models are exploited in the Russian sector of the ISS. Such photographic equipment is a dream of any professional, as the gadgets allow to make high-quality photos of Earth and other objects through the windows. One of the cameras has special hermetic box that allows you to take pictures in outer space.

Besides, there are 20 different Nikkor lenses and a separate flash.

Among all brands that produce video equipment, astronauts value Sony the most. On board, there are several models of the brand. These cameras are used for reporting, shooting experiments and video flight over the planet, etc. Online reports are often broadcasted to Earth by these cameras.

Also, on board the ISS there are two action Glisser-M GoPro cameras. They are attached to the spacesuits of astronauts and used for shooting outside the station.

Interestingly, the US and Russian astronauts prefer Lenovo laptops. In the Russian sector of the ISS, 17 laptops of local and foreign production are exploited. Laptops display current state of all onboard systems and allow to maintain manual control. They are also used for experiments, images processing and psychological support.

Experts use tablets for recording all the important information about the work and experiments, and their daily routine as well. These gadgets are also used for listening to music and watching movies. For this purpose, 10-inch Samsung models are used.

To see distant objects better, astronauts use wide-angle binoculars with image stabilization. It is hermetically sealed, moisture- and damage-proof, and image stabilization is carried out by means of the magnetic field. Currently, such equipment has no equals.

The ISS media server contains a large collection of music, movies, books, photos, and is connected to the 17-inch monitor with high-quality speakers. It is an on-orbit cinema where astronauts gather on weekends and holidays to watch new movies. Access to the files library is also available from tablet or player through Wi-Fi.

Astronauts have professional equipment to communicate with the Mission Control Centre. Communication with radio amateurs is carried out through Kenwood transceiver and console, which allows you to transfer images from the ISS. Such communication is carried out once in half a year. By the way, next communication session is scheduled for February 26, 11:00 Moscow time.

Each spaceship, which is used to return to Earth, has a special Iridium satellite phone. This device allows you to make calls from any corner of the planet. The phone is needed for calling a rescue team in case of emergency at landing.