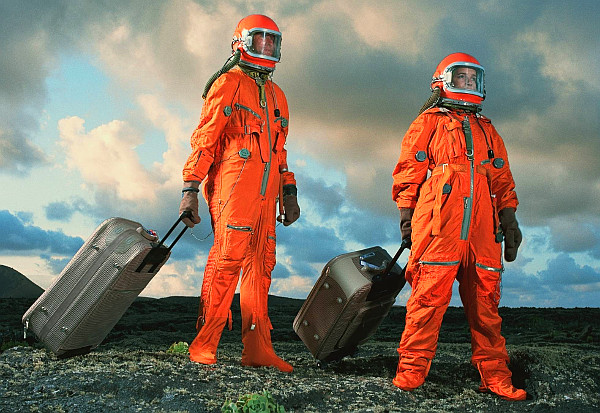 Space tourism – trips to space and earth orbit for entertainment and scientific purposes.

The idea of commercial space flights was in the air in the 1960s, but the first attempt to send a nonprofessional cosmonaut to orbit was made only in 1986. This day became a tragedy for the USA and the whole world – space shuttle Challenger exploded during its launch with passengers on board.

The first successful launches of commercial cosmonauts were made to the Soviet orbital station Mir in 1990-1991. In total, 7 flights were made at that time.

Nowadays, flights are organized only to the International Space Station. The flight lasts for 7-10 days, out of which the tourist spends not fewer than 6 days on board of the ISS. The cost of such a trip exceeds $30 million. A new service emerged in 2013 – a spacewalk, which costs over $15 million.

Naturally, only the richest people of the world can afford flying to the ISS now. The day, when tourist space flights become as common as, let’s say, inter-city trips, is not even looming on the horizon. To achieve it, the space tourism market has to move to a new level, which requires using new technologies that would reduce the cost of the flight.

But even if you have extra $30-40 million stacked in your pockets, it does not mean that you will go into space for sure. Flight organizers, Roskosmos and Space Adventures, hold responsibility for the tourist, that’s why he has to undergo a medical check to confirm that all necessary health indicators are fine.

Flights to the ISS are organized in several steps:

It’s difficult to foresee the successfulness of the space tourism sphere. Therefore, investors have to take the risk. Nevertheless, round 80% of private investors, willing to invest in space programs, are ready to sponsor projects dedicated to the space tourism development.

Private individual investors actively participate in financing space tourism. Things are simpler with them, as unlike the government and enterprises they can personally manage funds and don’t depend on anyone when sponsoring such projects.

Despite the high cost of space trips, there was no trouble in gathering the first team of space tourists. In total, over 1000 people have paid for the tickets – all crews are staffed until 2018.

In fact, space tourism exists largely on paper and in minds of those investors who want not only to make profit but also to advance humanity.

Realization of such projects goes slow, as far as this sphere, like space exploration in general, is virtually a greenfield. Therefore, forecasting the development of a specific project is a vague task. For the same reason, only prosperous companies and individuals can invest in space tourism, being ready to wait for years or maybe decades for the project to pay off and start bringing profits.