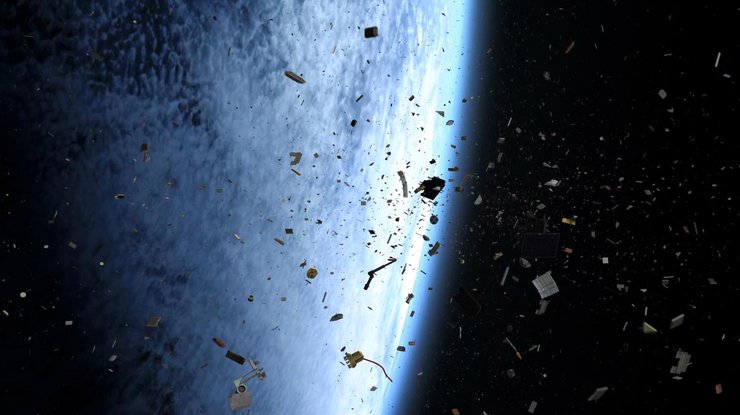 Space junk: how to clear orbit and not to block access into space?

In 1991, American space shuttle had to manoeuvre in order to avoid crashing against debris of Soviet satellite called Kosmos-955. In 1996, 10-cm debris of French Ariane-4 rocket crashed into Cerise satellite, making it inoperative. It is just a small part of examples when Earth orbit junk jeopardizes space missions.

Space trash hole or the extent of the problem

Scientists give various data on the amount of space junk on near-earth orbit. According to the report of Johnson Space Center, in 2016, there were 17817 man-made objects. 4257 of them were acting and exhausted satellites, others include 13056 launch-vehicle stages, upper-stage rockets and other space-system engineering and its debris.

According to the European Space Agency, now orbit is hosting:

NASA claims: only 10 of 5160 missions launched since 1957 have accounted for one-third of all debris. A total weight of all space junk is 6300 tons.

If these objects were on low orbits (up to 400 km), they would burn in the atmosphere in several years. But a majority of them are located much higher and they will stay there for thousand or even million years.

In some cases, it is even good: for instance, for exhausted performance potential military satellites, containing around one and a half tons of radioactive fuel (uranium-235 and plutonium-238). They are intentionally brought for burial at the height of 800-1100 km, where they should stay until their radioactivity decreases, in other words – for hundreds of thousands years.

However, in general, such a junk is a threat for space programs of all countries. Its abundance can causes Kessler Syndrome: placing new objects into orbit will be too risky due to the high probability of clashes. Mankind will block the access into space and turn out to be isolated.

Possible solutions are not good enough

Currently, the Committee on the Peaceful Uses of Outer Space and the Interagency Space Debris Coordination Committee formed by several national space agencies are focusing on the space junk issue.

Scientists from all over the world have presented at least several dozens of projects on clearing orbit, but all of them are still unrealized. Given below are the most well-known ideas:

In January 2017, the junk disposal experiment conducted by Japanese scientists (Kounotori Integrated Tether Experiment) has failed. The unmanned spaceship should have loosed 700-m electrodynamics tether for catching debris, but it broke.

Developments in this industry are going on. It is Roskosmos that focuses on this issue in Russia within the Federal Space program. The corporation is going to present its solution in 2018.