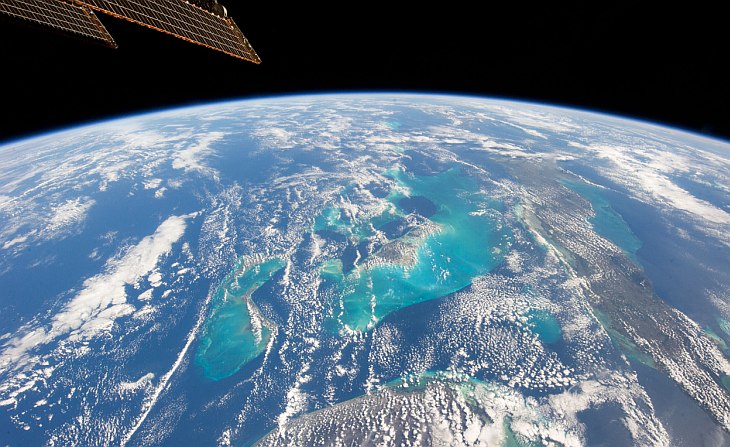 According to English astronomer Fred Hoyle, space ‘is only an hour’s drive away if your car could go straight upwards’. Would you like to visit an orbit? But life on the ISS is completely different compared to the life on the Earth. What is so unusual about everyday life in space?

Sky luminance, together with its blue color, occurs because of the air column. In the atmosphere there are air flows of different density, which are in motion. There is no air in space, that’s why stars do not twinkle.

Maybe you’ve faced the situation when you tried to write something on a wall or ceiling with a pen, but with no luck. It happens because ink does not come out. In orbit there is no gravity, to push it. Used on the ISS are wax crayons and markers. It is also possible to write there with a Space Pen, developed by the inventor Paul Fischer, who spent $1 million on its production. In this pen ink is affected by nitrogen pressure. For the Apollo program such pens cost $6.

It is all because of the atmospheric pressure: the higher you are, the lower the boiling point is. In space water boils in a blink of an eye and only at the spot of heating, while vapor freezes because it is very cold there. It was necessary to install world’s most expensive smart kettle on the ISS.

Pressure and temperature on the ISS are regulated artificially, because otherwise astronauts could not breathe.

We know about this fact thanks to Einstein and his theories. Because of low gravity and quick ISS’s revolving around the Earth, lapse of time differs from that on the Earth. Clocks on the ISS are few seconds slow. If to stay on the orbit for few months, it is inessential, but if you decide to visit other stars and then come back to the Earth, you may not even meet with your great grandchildren.

Smells and tastes are changing in space. Blood is accumulated in upper body and sensory receptors work differently. For example, olfaction increases. Space also has its own flavor, reminiscent of something between grilled steak and welding.

Without physical activity muscles atrophy. When in a zero-g field you can just drift, without much movement. But your muscles will atrophy to such an extent that when return to the Earth, you won’t be able to walk.

There is high probability of jet action: person may begin to whirl and bump up against objects. It is also not recommended to shoot. According to Newton’s law, bullet, gun and the person holding it will be affected by the force that will entail the person, and movement in space may be endless.

In space hot air does not tend to move upwards, and, for example, when you strike a match, the shape of its flame will be spherical. Moreover, there is no transition from high to low temperatures, so that fire will be extinguished quickly.